When I talk about “risk” and “children” in the same sentence, you can see some parents start to vibrate. I get told, “You’re irresponsible.” Or, “Are you suggesting I put my kids in danger?”

As these final days of summer wind down, perhaps one of the best things you can do for your kids in turn them loose. I know. I know. You don’t want to hear about how when we were kids, it was different and life was safer and all that stuff. Despite the fact that that’s not wholly correct and there are more dangers online than down the block, parents feel they are not doing their job if their children aren’t watched and supervised every single waking moment. 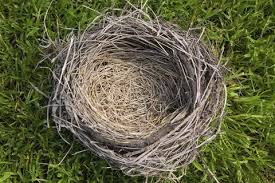 However, as a recent NY Times opinion piece described, children are feeling anxious and depressed in greater numbers. They have little freedom and fewer chances to explore or express themselves in the context of a peer group, be alone or plan their own days. In many cases, despite the parents saying they are doing everything they can for their kids, a kid’s schedule is dictated by the parents’ and their schedules. It’s a vicious cycle.

There is wonderful work being done by groups like Let Grow , and it’s impossible to recommend their work too much. Founder Lenore Skenazy has devoted her life to trying to assuage parents’ fears and encourage them to create an environment where kids can grow up as integrated, confident humans. You can hear my conversation with Lenore here.

But let’s take a step back and look at the changed culture mindset that has limited kids. And it is the culture. Today, the assumption is that an unsupervised child is in danger, that there are strangers lurking to abduct children, or that a child will be lost. It doesn’t matter that the statistics show that this is virtually impossible. What matters is that the parents feel as though in being hypervigilant they are protecting their children and, thus, being good parents.

Contrast this with the cultural mindset that prevailed well into the 1980s or so. (I refer you to the amount of freedom and agency the kids in the Netflix series Stranger Things had.) In that era, the assumption was that kids could take care of themselves and that as they got older, they had more and more freedom, particularly when bikes were involved as the main mode of transit. Kids got more and more freedom as they demonstrated they could handle it, and parents loosened the reins. Of course, negative things could happen: bike crashes, broken bones, bad choices, etc. No one believed that kids were in danger the moment they walked out the door unaccompanied. The chances of us being kidnapped in sleepy Wilmington, Delaware never entered our minds. Rather, the mindset was that kids should be free, playing and not totally reliant on a parent or adult. Kids needed to develop a sense of independence, and the only way to achieve that was to provide that independence in ever-increasing amounts so that ultimately, they would be fully functioning.

I’ll give you an example. I was a kid who loved to read, and our local library was a favorite destination for me. The first few times I went, my mom took me on the bus, and waited while I met the librarian, got acclimated to the children’s library and selected books. Later, I started to take the bus myself—since I now knew what I was doing. Then, my friends and I would ride our bikes to the library and home. My mother’s job was done by the time I was able to negotiate a trip to the library on my own. Of course, there were parameters. For instance, she’d want to know what time I’d be back, but the assumption was that I knew what I was doing, and there was no reason to worry.

Did things happen? Of course. There were trips to the emergency room, lessons about which kids to hang out with and which to avoid. These were learning experiences, and it’s difficult to know how else they could have been acquired.

The difference was that our parents trusted us because they’d trained us to be trustworthy. They taught us to look both ways when we crossed the street. They put limits on how far from home we could ride our bikes, which, as noted above, expanded as we got older and proved ourselves. They taught us moral lessons about kindness and honesty. They knew our friends and our friends’ parents. And they left us alone. We learned from our mistakes. And we always had backup when we needed it, though my parents at least weren’t shy about pointing out what I had done wrong.

We did some stupid things, took some chances and aside from a broken bone or a scraped knee we were pretty much all right. The upside of all of that was that we began to learn about ourselves, our world and our abilities—and limitations. We didn’t live in fear, and we learned to pay attention when we were scared of something. Sometimes you were scared and did something anyway, such as climb a tree, and sometimes being scared was an indication to rethink the situation. In my case, that was don’t shoplift. The gift, though I didn’t know it at the time, was that I was learning to think through the potential consequences of actions before I took them.

Risk is an inherent part of life. So is uncertainty. What’s important for kids—and adults—is not to avoid the inevitable events of life but to have the confidence to know how to handle them. Overcoming the nervousness of a first solo trip to the library—and keeping it to oneself because if the parents knew you were scared, they might not let you do it again—sets the stage for other independent activities. Developing a moral compass to respond to simple situations sets up a facility for dealing with the greater complexities of life as an adult.

My parents’ overarching goal was that we would be able to take care of ourselves. That is the natural process of life in all of nature. Giving up control is difficult, particularly when there’s an entire media structure designed to scare the bejesus out of you. Kids, though, need—and want—to try their wings. You can be there to guide, advise and reflect, but at some point, in however small, incremental doses, kids need to take on responsibility for themselves.

Sometimes letting go is the most loving thing you can do.

What can you do in these last days of summer to give your kids freedom at a level that’s appropriate to them?