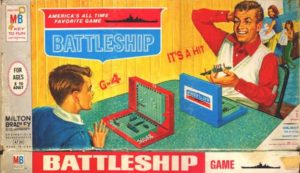 The news stories keep coming about parents paying massive sums to secure college admission for their kids. From the C-List actors to C-suite executives to anyone with enough cash, they are committing fraud and buying their way into slots in top-tier schools their kids (presumably) can’t otherwise earn.

It’s cheating, of course, and in some cases, it’s starting to backfire, as students are being ejected from schools because they got their places fraudulently. Moreover, it ostensibly challenges the legitimacy of the positions of many wealthy students who got their admissions honestly, and it’s a crisis for schools in their ongoing money-raising efforts.

It also should come as no surprise.

We increasingly live in a post-moral society. By that, I mean that our notions of success have changed. They are often externally motivated and we talk about “winning” as competitive and something to be achieved by any means possible, without respect to what might be more traditional values, such as fair play or integrity.

How We Got Here

Today, what would have been career-wrecking, life-destroying scandals even a few years ago are increasingly met with a “meh,” or some type of (often tortured) rationale that excuses the cheating, sometimes even makes a positive out of it. It’s a mindset that’s reinforced throughout the culture from presidential politics to reality television. As a result, we now live in a culture that is obsessed with “winning.” When we value winning over process, it is nothing short of dangerous to our children—and potentially more damaging than the value of the prize that has been unfairly won.

Before I talk about what this has to do with board games, let’s look at the college admissions process and how cheating hurts kids—beyond the fraud. Applying to college is daunting and challenging, and students and families we talk to find it incredibly stressful. For many young people, though, it’s one of the first important life choices they make, largely independently. It’s about finding the right fit with student and school, whether with courses or faculty or student life, geography and other considerations. At least, if the desire is to grow intellectually and be prepared for life.

The criminals gaming the system seem to have lost sight of this. When a college is chosen for its name alone, it’s no different than a designer product or any other luxury good. The label confers the status, but what of the person behind the label. Treating a college education as if it were a pricey handbag. It looks impressive from the outside, but it’s what’s inside that’s really useful. (Sorry for the hyper-extended metaphor.)

Pushing a child into a school where he or she may not be prepared to succeed academically or socially is a disservice that borders on cruelty. It is potentially a ticket to four years of misery, if the student makes it that long. It may be gratifying for the parents’ bragging rights, but it’s short-sighted and insensitive. Ironically, almost all of this fraud has been because parents believe that creating an image rather than the achievements of the child are what matter. I can’t think of any parents who would intentionally visit cruelty on their kids, but that’s what happens when ego runs the game.

On the other hand, finding a great match between kid and school can be a springboard to both happiness and success. Fortunately, the vast majority of college applicants play by the rules, and most legitimate college counselors try to facilitate a strong match. What’s also obscured in the contemporary contretemps is the vast majority of kids find colleges that are ultimately right for them and have successful college careers. (And, ten years after graduation, if you’re still touting where you got your undergraduate degree, you’re pathetic. Period.)

What This Has to Do With Board Games

Obviously, in part it’s about learning to play fair. We play board games with children as entertainment, to be sure, but they are also a tool for socialization. Board games teach kids to accept the randomness of chance in dice or spinners, as in Chutes and Ladders or Candyland. They also teach structured thinking, planning, the evaluation of risk, and the ability to rethink options based on outcomes, in strategy games like Chess or Othello. On a social level, kids experience competition, rivalry, being a good sport and the determination to try again if they lose. All of these are critical life skills. At the same time, there are social structures built around games. Or, more simply, kids don’t like to play with other kids who cheat, whether that’s miscounting or sneaking money out of the Monopoly bank. Board games are a microcosm of how the world actually works. They can be both random and unpredictable and have outcomes that are the direct result of choices.

The idea is that one will learn, internalize and live the lessons of acceptance, fair play and the power of one’s individual agency long before it gets to the point where they are dragged into court for, again metaphorically, throwing the game pieces on the floor and trying to make an end run around the rules. It is about the process of play and how that equips you to try again if you lose. While winning is great, and everyone likes to win, an honest win trumps a cheat any day.

In the school I went to as a child, there was a plaque in our front hall. It was a quote from a poem by sportswriter Grantland Rice:

“For when the One Great Scorer comes to write against you name,

He writes—not that you won or lost—

But how you played the game.”

My fellow students and I saw that every day for many years, and along with a community that taught—and modeled—that ethos on a daily basis, it became an integral part of us, our belief systems, and our approach to life.

It may sound arcane, antique even, but if we teach a child to have a values system that prizes who they are, not what they have or what labels they can wear, that’s playing—and winning—the only game that really matters: the long game.